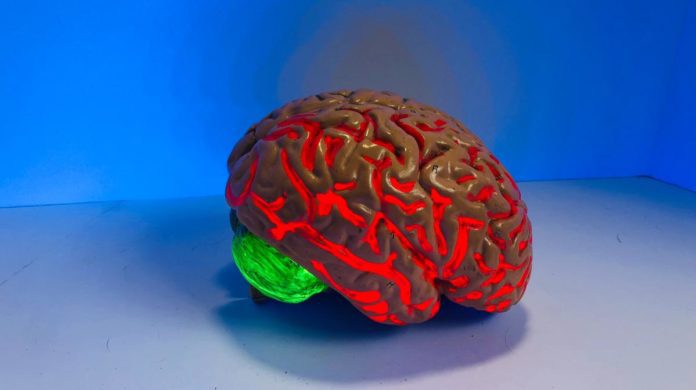 A new technique has been developed to allow experts to predict which individuals will develop Alzheimer’s disease in the future, and it is said to have an astonishingly high degree of accuracy.

The algorithm, developed by researchers at Sweden’s Lund University and described in an article in Nature Medicine, uses a combination of blood test data and information gleaned from memory tests to provide early and reliable diagnoses of Alzheimer’s in patients. Their initial study involved 340 patients, while a follow-up investigation which confirmed the initial results worked with over 500 people.

Both elements of the technique are simple to implement: it involves employing a simple blood test combined with just three short assessments of a person’s thinking that can be carried out in the space of 10 minutes. This combination was able to predict which patients would develop AD within four years with an accuracy of more than 90 percent. This represents a much higher degree of certainty in diagnosis than has proved possible to achieve through standard clinical predictions offered by dementia experts, who often use straightforward physical examinations of their patients to make their diagnoses.

The development of this tool has a number of important, positive implications for treatment of Alzheimer’s. Due to its simplicity, it can easily be used by experts working at clinics that don’t have access to expensive diagnostic equipment. This makes it a good option for both primary healthcare organizations and health services in developing countries where resources are scarce. Since it can identify Alzheimer’s patients early on, more effective drug trials may be possible, as the latter tend to work more effectively when the disease is still in its early stages.

Perhaps most importantly, the algorithm could alleviate difficulties experienced by healthcare services in diagnosing Alzheimer’s. It is estimated that between 20 and 30 percent of AD sufferers are wrongly diagnosed by specialist healthcare providers, and the problem is even more acute among primary healthcare organizations. The most effective diagnostic tools currently available are expensive and used only by a small number of dedicated memory clinics around the world.

The researchers have used their findings to develop an online tool available to people experiencing memory issues. The program can provide an estimate of an individual’s chances of developing Alzheimer’s within four years of them reporting the memory complaint. Their work comes at an auspicious moment when drug treatments capable of slowing the progression of AD may soon become available.