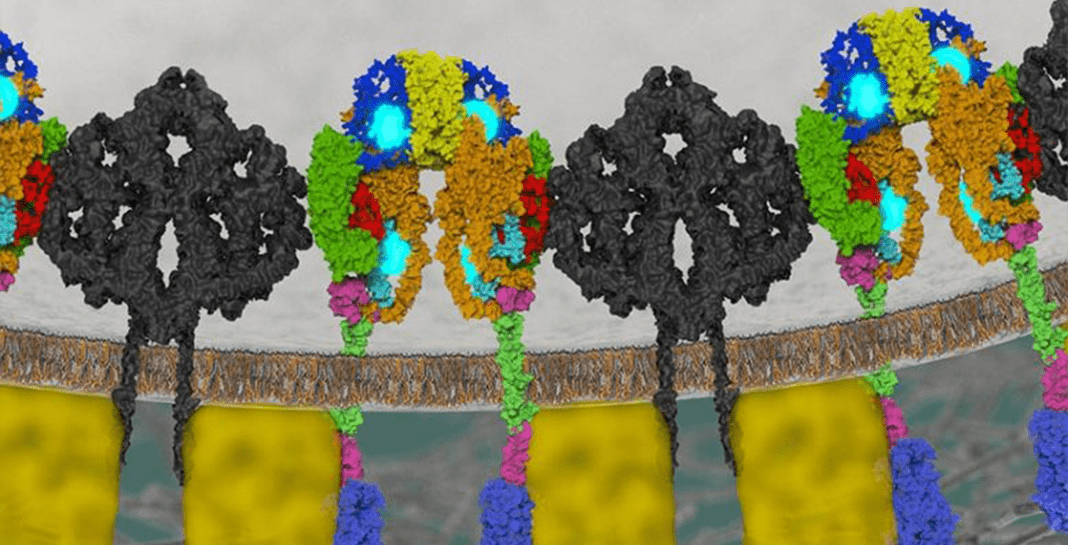 Researchers have discovered a novel and druggable insulin inhibitory receptor, named inceptor. In experiments with mice, the researchers showed that the function of inceptor is to shield the insulin-producing beta cells from constitutive insulin pathway activation. The blocking of inceptor function leads to an increased availability of the insulin signaling pathway in pancreatic beta cells. This might allow protection and regeneration of beta cells for diabetes remission.

Remarkably, inceptor is upregulated in diabetes and by blocking insulin signaling it might contribute to insulin resistance. Interestingly such an approach of diabetes treatment is completely different from widely used therapies because it treats the reason of diabetes and not the symptoms.

Resistance to insulin and insulin-like growth factor 1 (IGF1) in pancreatic β-cells causes overt diabetes in mice; thus, therapies that sensitize β-cells to insulin may protect patients with diabetes against β-cell failure 1,2,3. Here we identify an inhibitor of insulin receptor (INSR) and IGF1 receptor (IGF1R) signalling in mouse β-cells, which we name the insulin inhibitory receptor (inceptor; encoded by the gene Iir). Inceptor contains an extracellular cysteine-rich domain with similarities to INSR and IGF1R4, and a mannose 6-phosphate receptor domain that is also found in the IGF2 receptor (IGF2R)5. Knockout mice that lack inceptor (Iir−/−) exhibit signs of hyperinsulinaemia and hypoglycaemia, and die within a few hours of birth. Molecular and cellular analyses of embryonic and postnatal pancreases from Iir−/− mice showed an increase in the activation of INSR–IGF1R in Iir−/− pancreatic tissue, resulting in an increase in the proliferation and mass of β-cells.

Similarly, inducible β-cell-specific Iir−/− knockout in adult mice and in ex vivo islets led to an increase in the activation of INSR–IGF1R and increased proliferation of β-cells, resulting in improved glucose tolerance in vivo. Mechanistically, inceptor interacts with INSR–IGF1R to facilitate clathrin-mediated endocytosis for receptor desensitization. Blocking this physical interaction using monoclonal antibodies against the extracellular domain of inceptor resulted in the retention of inceptor and INSR at the plasma membrane to sustain the activation of INSR–IGF1R in β-cells. Together, our findings show that inceptor shields insulin-producing β-cells from constitutive pathway activation, and identify inceptor as a potential molecular target for INSR–IGF1R sensitization and diabetes therapy.

ABOUT US
Your happines doesn't have limitations
Contact us: [email protected]
FOLLOW US
© Age2B (c) 2021 All right reserved