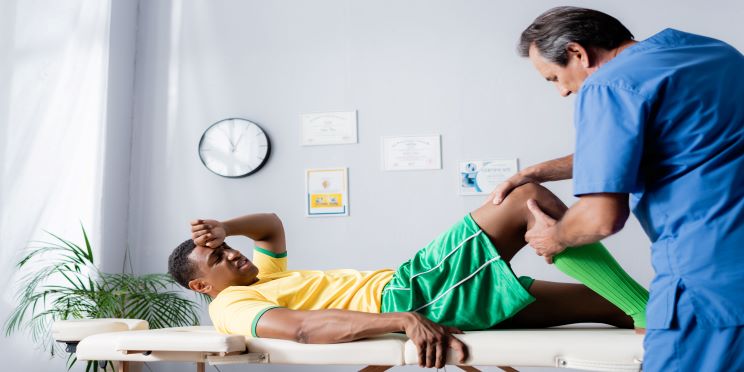 Joint aspiration is a procedure during which excess fluid accumulated due to inflammation is drawn out of the joint. It relieves pain and swelling associated with PCL injuries. It is usually done in cases where excessive swelling in the joint restricts movement of the knee.

Sometimes the patient suffering from posterior cruciate ligament injury may need surgery for ligament reconstruction. It is a case when the condition is associated with other knee injuries, such as damage to the cartilage, a broken bone, or other torn ligaments. Surgery is also sometimes recommended in cases of recurrent instability of the knee despite rehab. Micro-surgery also called arthroscopic surgery, is usually successfully used to repair the posterior cruciate ligament.

If you sustain a mild to moderate injury to a joint, your healthcare provider may recommend treating it following the “R.I.C.E.” method:

When a posterior cruciate ligament injury occurs, other knee structures like cartilage or other ligaments are also injured. As a result, long-term instability of the knee and ongoing pain may develop. In addition, people who have injured their PCL may also be at increased risk of developing arthritis in the injured knee joint later in life.