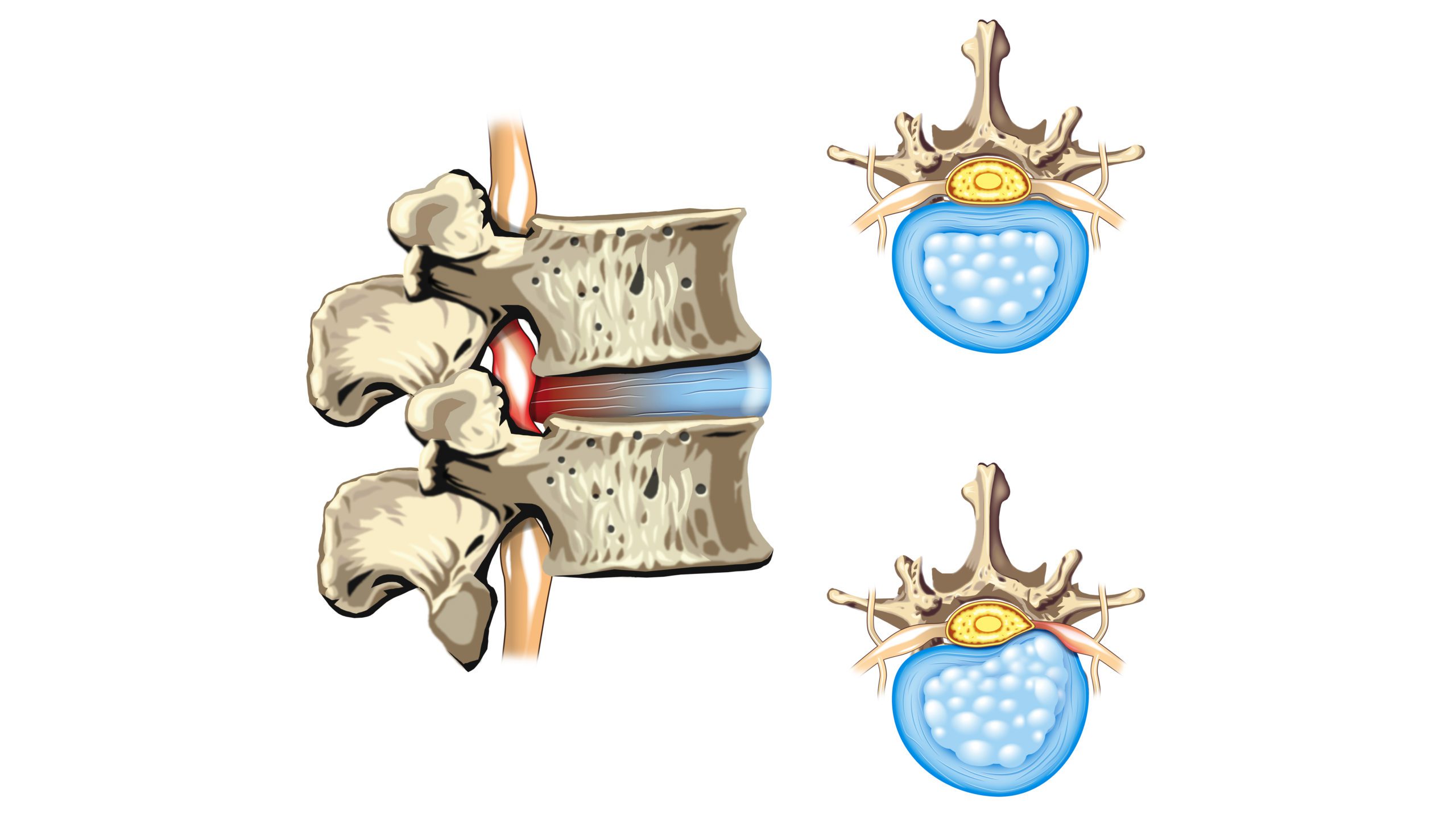 An intervertebral disc is a cushion between adjacent vertebrae in the spinal column. It allows movement of the spine, acts as a ligament to hold the vertebrae together, and functions as a backbone’s shock absorber.

The intervertebral disc is composed of an outer fibrous ring surrounding an inner gel-like center called the nucleus pulposus. The ring consists of several layers of fibrocartilage made of type I and type II collagen. Type I collagen is concentrated closer to the edge of the ring, providing greater strength to withstand compressive forces. The gel-like center of the intervertebral disc helps to distribute pressure evenly. It prevents the development of stress concentrations which can lead to the damage of underlying vertebrae or their endplates. The nucleus pulposus consists of loose fibers suspended in a mucoprotein gel. It acts as a shock absorber, minimizing the impact of activities on the spinal cord and keeping the two vertebrae separated.

One disc is located between each pair of vertebrae. The exception is the first cervical segment which is essentially a ring around the roughly cone-shaped extension of the second cervical vertebra. The interaction of these two segments allows the neck to swivel. Overall, there are 23 intervertebral discs in the human spine: 6 in the neck, 12 in the middle back, and 5 in the lower back region. Discs are named by the vertebrae above and below. For example, the disc between the third and fourth cervical (neck region) vertebrae is designated “C3-4”.

Herniation. It is commonly referred to as a slipped disc. Intervertebral disc herniation can happen during peak physical performance, due to traumas, or as a result of chronic degradation. The symptoms may include numbness, pain, loss of muscle tone, and burning or prickling sensation in some body parts.

Degeneration. Before age 40, about 25% of people experience disc degeneration to some degree. Beyond that age, the number rapidly increases to more than 60% of people. Degenerative changes are a normal part of the aging process. However, they typically lead to decreased functioning of intervertebral discs.

Scoliosis. It is the sideways curvature of the spine, which may cause chronic pain in some patients. In severe cases, it may lead to complications related to other organ systems.