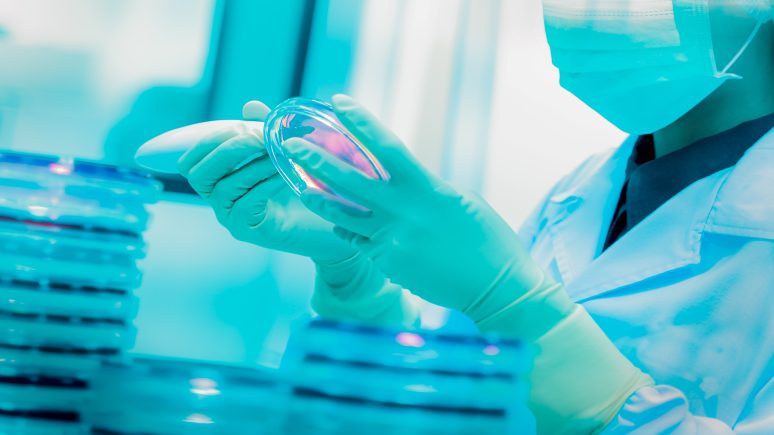 Antimicrobial peptides (AMPs) are short and typically positively charged peptides that can be found in various organisms, from microorganisms to humans. They are also known as host defense peptides. Some antimicrobial peptides are able to kill microbes directly, while others indirectly modify the defense system of the host.

Because of the rapid increase in resistant development to conventional antibiotics worldwide, efforts have accelerated to introduce AMPs into clinical practice. Clinical trials are currently being conducted on several AMPs as novel anti-infectives and new pharmacological agents to enhance the immune response, contribute wound healing, and prevent post-surgical adhesion.

AMPs have been found in virtually all life forms, and they exhibit great structural and functional diversity. In addition, antimicrobial peptides have immunomodulatory properties, besides direct antimicrobial activity, making them particularly valuable as new therapeutic agents. Some promising examples of AMPs are already introduced into the market.

AMPs are encouraging candidates for therapeutic anti-infectives due to their rapid bactericidal activity. Moreover, some AMPs have a wide spectrum of action, which is beneficial in certain therapeutic areas, including complicated infections of the skin and soft tissues, where a rapid increase of polymicrobial infection incidence involving both Gram-negative and Gram-positive organisms have been reported in recent years.

Also, several antimicrobial peptides are now under clinical development for a therapeutic application other than antifungal or antimicrobial agents. Among the most well-known therapeutic peptides is LL-37, which has recently been tested in a phase I/II clinical trial as a local treatment method to improve the healing of venous leg ulcers. The mechanisms of wound healing by this therapeutic peptide are not fully understood. However, it is likely to involve such wound repair components as angiogenesis, re-epithelialization, and inflammation.

Besides direct administration of antimicrobial therapeutic peptides, efforts are being made to use these agents in order to elevate the endogenous production of AMPs by the body to increase innate immune response and, in this way, fight against infections. For instance, it has been shown that vitamin D3 directly modulates the production of several AMPs. Therefore, vitamin D supplements are currently evaluated for the application for the treatment of bacterial infections in several ongoing trials.

In general, AMPs offer promising alternatives to conventional treatments as immunomodulatory and anti-infective agents with less prone to resistance induction mechanism of action in comparison with conventional antibiotics.

It is challenging to transfer nonclinical candidate antimicrobial peptides into successful clinical products. However, the discovery and commercial development of next-generation therapeutic peptides and peptides memetics are expected to be accelerated due to recent advances in understanding their mechanisms of action, patterns of resistance, and smart formulated strategies. Currently, several AMPs are undergoing late-stage clinical development in different therapeutic areas. Thus, in the following years, we can expect the confirmation of the therapeutic benefit of the novel candidates, leading to the approval of several new AMP-based drugs.