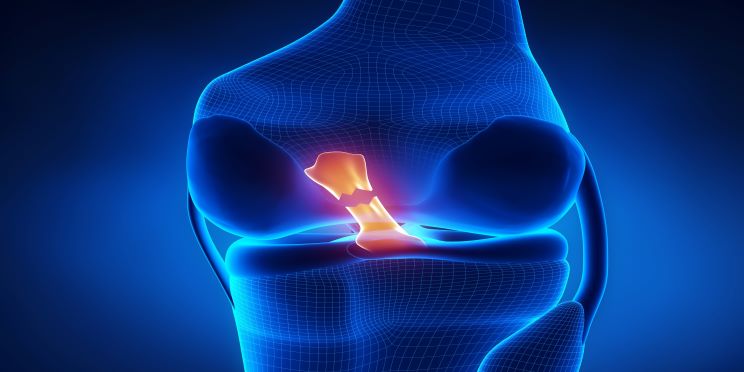 If you suffer an ACL injury, it means the anterior cruciate ligament located inside of your knee joint has torn or ruptured. The anterior cruciate ligament is commonly known as the ACL. An ACL injury is most likely when a person is participating in a sport that requires frequent and sudden stops with changes in direction, like volleyball, tennis, soccer, and basketball.

Some people feel a popping sensation or may even hear a “popping” noise when an ACL injury occurs. Other symptoms include swelling, pain, and instability in the knee, making it difficult to bear weight and walk.

What is an ACL?

The anterior cruciate ligament connects to the end of your thigh bone or femur in the back of your knee. It passes through the knee in a diagonal direction to connect with the shin bone. Another ligament, the posterior cruciate ligament, passes across the knee in the opposite direction. These two ligaments form a “cross” shape. It is why they are called “cruciate” ligaments.

Your ACL prevents your shin bone, or tibia, from moving in front of your knee. Likewise, your posterior cruciate ligament keeps the tibia from moving backward. These two ligaments are critically important in providing stability to the knee joint, especially when you are involved in activities requiring sudden changes in direction.

An anterior cruciate ligament injury can occur in many different ways:

Some factors can increase a person’s risk of an ACL injury. They include: