Effect of short peptides on neuronal differentiation of stem cells 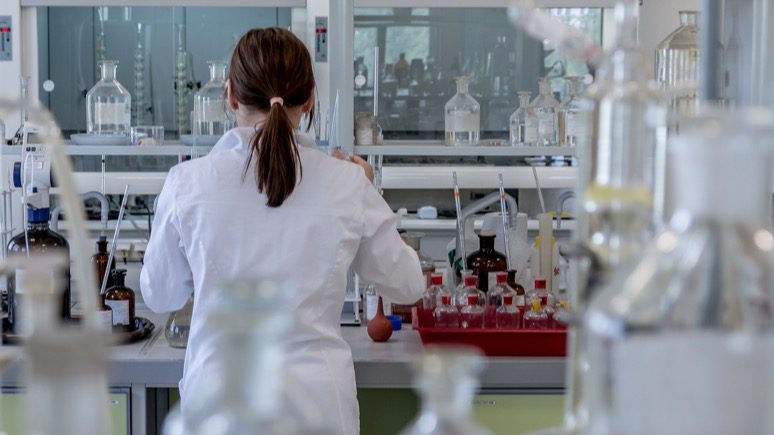 Currently, neurodegenerative disorders treatment is based on the use of mesenchymal stem cells (MSCs). The progression of the disease is manifested by neuronal death and the afterward loss of brain and cognitive functions. MSCs are likely acting by stimulating many physiological processes, including angiogenesis and neurogenesis. Furthermore, MSCs possess a vital role in the immunomodulatory, anti-apoptotic, and anti-inflammatory processes.

The studies demonstrated the effect of the cerebral cortex and pineal gland synthetic peptides on the differentiation of ectodermal tissue stem cells of the early gastrula of the spiny frog Xenopus laevis. Short-chain Khavinson peptide Epitalon (AEDG) was found to stimulate the differentiation of the stem cells into the neural tissue and epidermis.

Thus, short-chain Khavinson peptides play a significant role in regulating proliferation and differentiation processes in a variety of cells and tissues. Therefore, the goal of some studies is to investigate the effect of such short-chain Khavinson peptides as Cartalax (AED), Vesugen (KED), Vilon (KE), and Epitalon (AEDG) and their mixtures on the initial stages of neuronal differentiation and proliferation of the primary culture of the human periodontal ligament.

In the neurodegenerative diseases treatment, tissue regeneration and repair are the primary expected outcomes, as in the therapy based on stem cells usage. The human periodontal ligament stem cells have the specific features of the mesenchymal stem cells (MSCs), including self-renewal, clonogenicity, immunomodulatory, and multi-tissue differentiation potential.

In the previous investigation, Vesugen (KED) peptide reduced the proliferation of stem cells but stimulated proliferation of the thymocytes and skin fibroblast. It may be that the effect of Vesugen depends on the cell type and stage of its differentiation. In addition, Vesugen (KED) peptide can reduce or stimulate the proliferation activity of peptides.
The studies suggest that Vesugen (KED) can activate neuronal differentiation, which is the cause of the activation of neuroplasticity processes. Furthermore, expression of growth-associated protein 43 (GAP43) and nestin (intermediate filament protein) have been upregulated by Vesugen and the mixture of short-chain peptides indicating their role in neurogenic commitment enhancement.

To conclude, short-chain Khavinson peptides could be used as a supplementary substance in culture medium to increase neurogenic differentiation capacity in vitro for future regenerative cell therapy.