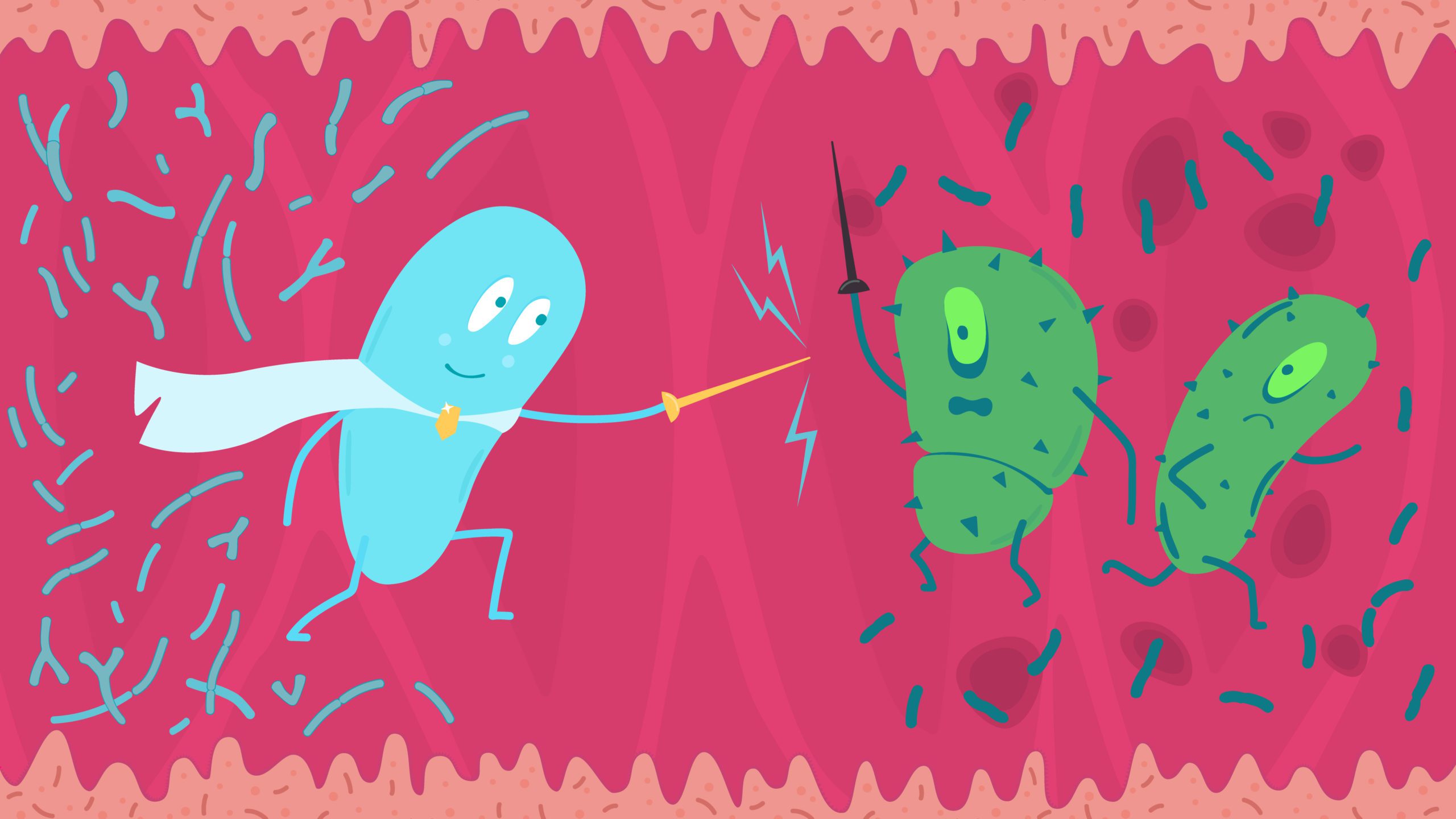 There are more bacteria residing inside our gastrointestinal tract than one may think. And they play a vital role in keeping us healthy. For example, our microbiota is closely related to our immune system. However, a healthy environment sometimes can be disrupted, whether by an invasion of pathogenic bacteria or a shortage of healthy ones. It may lead to various conditions such as inflammatory bowel disease (IBD). IBD is a term used to describe disorders that involve chronic inflammation of the digestive tract.

Multiple exogenous and endogenous factors may induce chronic intestinal inflammation. Dietary products, pathogenic microorganisms, substances like antibiotics can trigger initial mucosal injury and bacterial imbalance, leading to acute intestinal inflammation. It is mediated by immune and nonimmune cells in susceptible organisms with defects in epithelial barrier function, immunoregulation, or bacterial killing. Current IBD treatments primarily target inflammation through anti-inflammatory and immunosuppressive mechanisms. Some of the most common drugs include infliximab, adalimumab, and tofacitinib, which control the inflammatory process by affecting specific immune components. However, these kinds of drugs have shown to be effective only in a small subset of patients and may cause serious side effects.

A recent study suggests an alternative to anti-inflammatory and immunosuppressive therapies. GUT-103 and GUT-108 are live biotherapeutic products designed to complement missing or underrepresented functions in the microbiome of IBD patients. GUT-103 was designed around 17 publicly available strains. It rapidly colonized mice, restored normal function to the inflamed colon, and prevented and reversed experimental colitis. GUT-108 was created around 11 human bacterial strains. Use of GUT-108 corrected functional dysbiosis (condition when bacteria are imbalanced) of the inflamed gut and treated colitis in a mouse model, which was artificially colonized by human bacteria. It also decreased opportunistic pathogenic bacteria, increased resident protective bacterial groups, and restored the normal internal state of the gut.

The effectiveness of the new approach was successfully demonstrated, and the researchers propose GUT-108 for treating and preventing IBD and other inflammatory conditions. Another significant step has been made in the endless fight of scientists for human health.