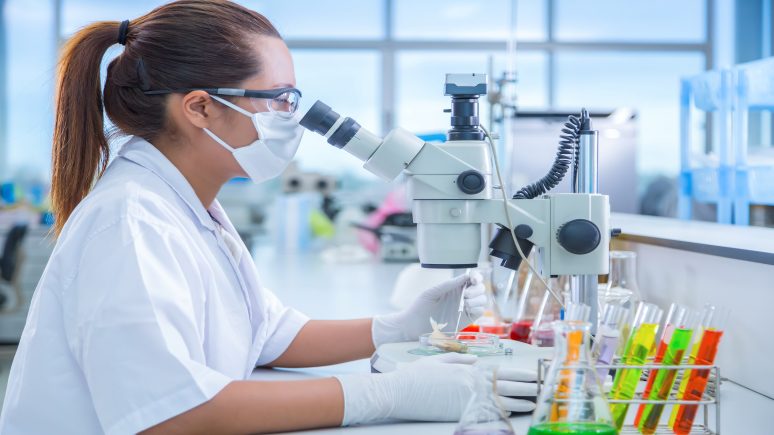 Despite the significant pharmaceutical interest in the details of regulatory Khavinson peptides interactions with their specific receptors on cell membranes, much of the details remain unclear. Information on the binding of about a dozen of peptides to receptors embedded in dodecylphosphocholine micelles proposes that:

In short-chain regulatory peptides, non-receptor-mediated interactions are more common. A short peptide may impact the transcription of uniquely defined genes by fitting the major groove of DNA molecules. This is one of the basic principles of peptides’ epigenetic regulation of physiological functions. In general, it conforms to the following scheme:

Although peptide bonds are widely recognized for their physiological significance, particularly short-chain ones, it is underestimated in physiological regulation. Regulation that involves separate amino acids may be at work quite early in the prokaryotes evolution. For instance, the amino acids regulatory effects on the proliferation of bacteria are known.

Due to the advent of peptide bonds, it became possible to write down much more information in a peptide molecule and confer it to a target cell. This allowed for more precise regulation of cell functions.

Regulatory Khavinson peptides are produced mainly by bu the enzymatic cleavage of their protein precursor synthesized at ribosomes. However, a non-ribosomal mechanism of synthesis cannot be excluded for short-chain peptides.

The primary producers of regulatory Khavinson peptides are the neurosecretory cells present in all organs, mainly in the endocrine glands, intestine, and brain. In addition, a part of peptides may be produced in the gut lumen due to food-derived proteins cleavage and to synthesis, both non-ribosomal and ribosomal, by microbiota. There is also a possibility that regulatory Khavinson peptides are created in their target cells due to the synthesis of precursor proteins and their subsequent enzymatic cleavage.

There exist specialized systems for the active transport of regulatory peptides through biological barriers, such as the brain-blood barrier, intestinal wall, and nuclear and cellular membranes. Regulatory peptides can enter their target cells by using the identical mechanism as that by cell-penetrating peptides.

The impact of long-chain regulatory peptides on their target cells primarily result from binding to specific receptors on the cell surface. In turn, short-chain peptides may operate in non-receptor ways – by penetrating cells and nuclei, binding to DNA molecules, and altering the expression of genes.

Due to the ability of short-chain peptides to interact with DNA in a non-receptor-medicated mode, their role in physiological interaction is much more important than is presently realized.