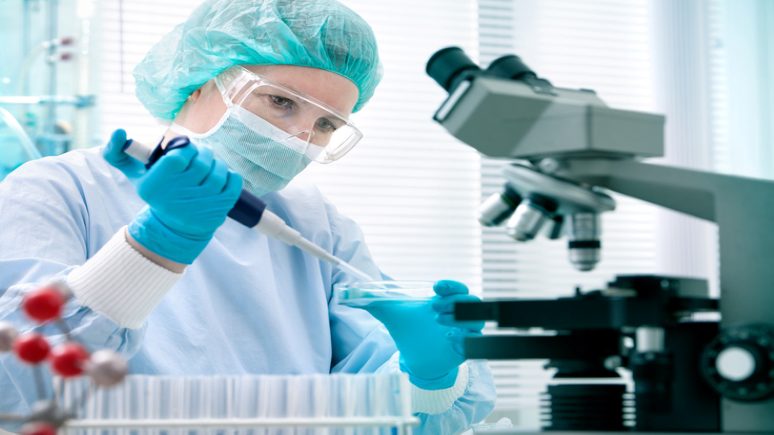 The addition of Khavinson peptides to cell cultures induced a tissue-specific protein stimulation in the cell of the particular organ, from which these peptides were obtained. This effect of increased protein synthesis by Khavinson peptides was observed in both young and old animals. It has been found that small peptides stimulate the expression of differentiation factors specific to a particular tissue: peptide ADEL (improve the function of the lungs, and alleviate bacterial-mediated inflammation) – in the bronchial epithelium, peptide KEDW (reduces blood glucose levels in rats with streptozotocin- and alloxan-induced diabetes mellitus) – in cells of the pancreas, and peptide AEDG (regulates the function of the brain, pineal gland, and retina) – in fibroblasts.

Meanwhile, the stimulatory effect from the peptides on the expression of differentiation factors is most strongly in ‘old’ cell cultures. This demonstrates their mechanism of geroprotection. AEDL peptide regulates the synthesis of specific proteins in cultures of human bronchial epithelial cells of various passages. It induces activation of cell renewal and increases the functional activity of bronchial epithelium cells.

The stimulating effect of KED on proliferation and its inhibitory impact on apoptosis was multifold in the pineal organotypic cell culture of old rats in comparison to the result from young rats. This fact indicates that the tripeptide under study is capable of producing a pronounced restorative effect on the pineal gland cells during its aging-associated involution. Furthermore, the model of conditioned responses maintained in the short-term and long-term memory of melliferous bee contributed to revealing KED modulating activity on associative training.

Adding AEDG peptide to the cultures of pinealocytes resulted in the enhancement of the synthesis of arylalkylamine – N-acetyltransferase enzyme (which controls daily production of melatonin by the pineal gland) and transcription factor pCREB (which is a transcription factor that regulates diverse cellular responses, including proliferation, differentiation, and survival), both of which are involved in the synthesis of melatonin from serotonin. In addition, the culture medium was found to contain more melatonin when treated with peptide AEDG.

The addition of peptides AEDG and KE to embryonic retinal cell cultures resulted in the stimulation of differentiation of various types of neurons in the retina ( activation of specific proteins expression) and pigment epithelium ( activation of synthesis of the protein that transports vitamin A and hormone thyroxine throughout the body).

The peptide AEDR was shown to enhance the expression of the cytoskeleton and karyoskeleton proteins in cell cultures of embryonic fibroblasts. The peptide enhanced cytoskeletal proteins expression (including tubulin, actin, and vimentin) and expression of nuclear proteins (lamin A, lamin C). Therefore, the mechanism of action of AEDR peptide is based on its ability to stimulate the protein synthesis in the cytoskeleton and karyoskeleton, thereby increasing cell proliferation and reducing apoptosis.

These experiments have demonstrated that Khavinson peptides can stimulate proliferation and differentiation and suppress apoptosis of cells, depending on the structure of the added substance. Based on the results of these studies, it has been determined that there is the possibility of targeted induction of differentiation of cells and employment of a cellular biological reserve of various tissues and organs. These are the fundamentals for increasing the human organism’s functions and reserves and enhancing the human lifespan to its maximum.