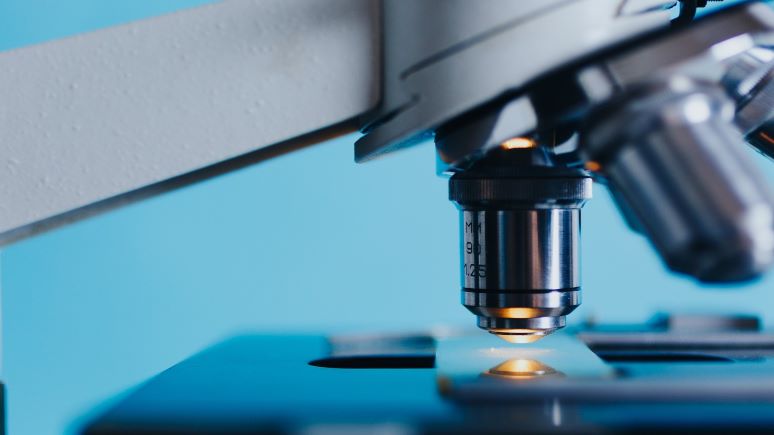 Our gut is one of the sources of regulatory peptides. It does not contribute significantly to the production of long molecules. However, it is of great significance when it comes to short-chain peptides. Peptides appear in the intestinal lumen due to either degradation of food proteins or synthetic activity of intestinal microbiota.

Every day, we consume a lot of proteins as part of our diet. When these molecules reach the intestinal tract, intestinal enzymes cleave them. The resulting products are peptide chains that consist of two, three, or four amino acids. Most of them are absorbed into the bloodstream. Afterward, some of these peptides get degraded to produce single amino acids, while others serve as humoral regulators.

Our bodies also get proteins from microorganisms found in the bowel and, to a lesser extent, in the small intestine. These organisms can synthesize peptides either at ribosomes or in a non-ribosomal manner. The last is of particular interest to researchers mainly due to the effects of pathogens on the intestinal biota and body condition.

Proteins synthesized at microbial ribosomes have the same composition, function, and fate in the human body as food proteins do. Therefore, when these molecules are cleaved by intestinal enzymes, short-chain peptides of both origins, food-derived and made by gut microorganisms, may be considered as a single pool.

Another source of regulatory peptides consists of the endocrine glands and the diffuse neuroendocrine system represented mainly by the endocrine cells in the intestinal mucosa.

In each of the cells listed above, there are the following processes:

Some of the long-chain peptides then bind to the corresponding receptors on the surface of target cells. In contrast, others are fragmented in the blood and interstitial fluid to smaller molecules that also bind to their receptors. By binding to their receptors, peptides trigger a cascade of biochemical reactions that cause effects at the cellular and tissue levels.

The fates of all short-chain regulatory peptides show some similarities regardless of their origin. As a result, it is possible to assess the role of endogenous and exogenous substances of this type in physiological regulation.

In theory, it is possible to make regulatory peptides through the cleavage of the cell’s proteins. They are abundant in the plasma membrane, nuclear envelope, cytoplasm, and nucleoplasm.
Short-chain peptides formed by the degradation of the cell’s proteins may bind to DNA. However, long-chain peptides produced in the same way can leave the cell and bind to receptors on its surface. This mechanism of action is known as autocrine. Alternatively, long-chain peptides can bind receptors on the surface of neighboring or distal cells. These mechanisms are known as paracrine and endocrine consequently.

Transport of regulatory peptides through the gut barrier

In the small intestine, short-chain peptides are formed through limited cleavage, either of our proteins or those we ingest. These are then absorbed from the intestinal lumen into the blood.

In theory, it is possible to generate short-living fragments structurally similar to the long-chain regulatory peptides by enzymatic degradation of food-derived proteins. Still, it is unlikely for such large molecules to pass the intestinal barrier.

The intestinal barrier may be permeable for cyclic peptides. However, there are two questions regarding this possibility:

As previously mentioned, regardless of the origin of the molecules, protein and peptide cleavage in the small intestine leads to the formation of short-chain peptides. The last can penetrate the intestinal barrier and enter the blood and interstitial fluid (fluid between blood vessels and cells). Moreover, some studies revealed that systems transporting dipeptides (peptides consisting of only two amino acids) through the intestinal barrier are not highly specific.

Intestinal epithelial cells have brush-border membranes that contain peptide transporters. The last carry di- and tripeptides through the intestinal barrier.

Peptide transport through the blood-brain barrier

The long-chain regulatory peptides, produced outside the brain, act on the central nervous system by binding receptors located on the afferent fibers of the vagal nerve and rarely the outer surface of the brain. It is possible due to the penetration of these molecules through the blood-brain barrier via the specific transport system. Meanwhile, short-chain regulatory peptides may enter the brain and act from within.

Transport of long-chain peptides across the nuclear and cellular membranes

As was noted above, peptides can cross cellular membranes using specific peptide transporters. However, it is not the only way for these molecules to get into the cell. The study conducted in the Johns Hopkins University School of Medicine discovered a family of cell-penetrating peptides (CPPs). Researchers believe they can be used as efficient and non-toxic carriers for delivering small regulatory molecules that can affect gene expression. Notably, cell-penetrating peptides can act not only as transporters of regulatory molecules into the cell. They can also be regulatory peptides themselves. In other words, they can influence gene expression to produce physiological effects.

Cell-penetrating peptides are mostly long-chain molecules. They frequently occur in human viruses. For example, proteins on the outer surface of human immunodeficiency virus one and human T-cell leukemia virus contain approximately 200 copies of a peptide known as the Tat peptide.

Cell-penetrating peptides can be natural and synthetic. In addition, there are chimeric peptides that result from the covalent attachment of a non-transportable peptide to a transportable one. Short-chain fragments enable them to penetrate cell membranes. Such peptides are often basic, containing many positively charged amino acids.
They are advantageous in that they can easily pass through the acidic glycocalyx layer attached to the plasma membrane. What’s more, some synthetic basic and amphiphilic (containing hydrophilic and hydrophobic parts) peptides showed the ability to penetrate not only into cells but cell nuclei, where they interact with DNA and RNA.

Cortagen, one of the Khavinson peptides, controls changes in the chromatin state in cultured cells. This peptide can cross plasma and nuclear membranes and affect gene activity.

Short-chain peptides that have crossed cellular and nuclear membranes can perform various functions. Among them are:

In this way, such peptides can restore the functions of different organs.

It is known that the nuclear membrane is not continuous. Instead, it contains transport pores made up of protein complexes. The inner diameter of these pores is about 50 nm. Therefore, the nuclear membrane is penetrable for diffusing small substances with molecular mass up to 3.5 kDa. Short-chain peptides fall into this group. Consequently, it is plausible to consider the possibility of short-chain peptides interacting directly with DNA.