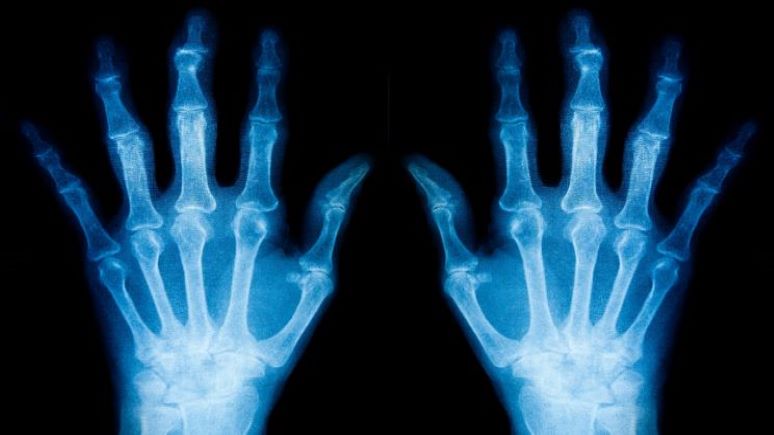 Symptoms of arthritis in the hands may include pain, swelling, warmth, crepitation, looseness, and changes in surrounding joints. In addition, cysts can develop in some cases.

One early symptom of arthritis in hand might be a burning sensation or a dull ache in the joints. This pain might occur after increased use of the joints of the hand, such as after heavy grasping or gripping. The aching and burning pain may not show up until hours after the activity. Morning stiffness and pain are typical early symptoms of osteoarthritis.

As arthritis of the hands progresses, the cartilage gradually wears away, and symptoms come about more often. In some cases, pain in the joints wakes people up from sleep.

Pain is sometimes relieved by rest and made worse by activity. For example, some people report increased arthritic hand pain when the weather is rainy. In addition, pain in the hands can make simple tasks, such as opening jars or turning a key in a lock, more challenging. Sometimes, changing the way you perform an activity can help to prevent arthritis pain in the hands.

When the joints are stressed, they become inflamed or swollen. It is a response made by the body in an attempt to prevent further stress from occurring to the joint.

In some patients who have advanced arthritis in their thumb, other joints may become more movable.

Joints affected by arthritis may become warm to the touch. It, along with swelling, is part of the body’s inflammatory process.

The sensation of grinding or grating in the joint is known as crepitation. This grinding is due to the rough surfaces of the damaged cartilage rubbing against each other. The joints may also become loose or lose stability if arthritis has occurred due to a problem in the ligaments, which normally support the joint. In addition, as arthritis advances, joints may enlarge or become hypertrophic (larger than usual). It occurs due to changes in the bones, swelling, and the loss of cartilage material.

If arthritis affects the joints at the end of the fingers, small nodules may appear. These are small mucous cysts. These cysts sometimes cause dents or ridges to appear in the fingernail.

Arthritis of the hand can be diagnosed through a physician’s physical examination and by X-rays. Most of the time, studies such as MRI (magnetic resonance imaging) scans are not necessary. However, in cases where the doctor suspects a condition such as Keinbock’s disease, an MRI might be needed. Keinbock’s disease is a disorder in which the blood flow to one of the bones in the wrist is impaired. In cases where a doctor suspects early arthritis is present, but an X-ray fails to reveal its presence, bone scans can sometimes be helpful.