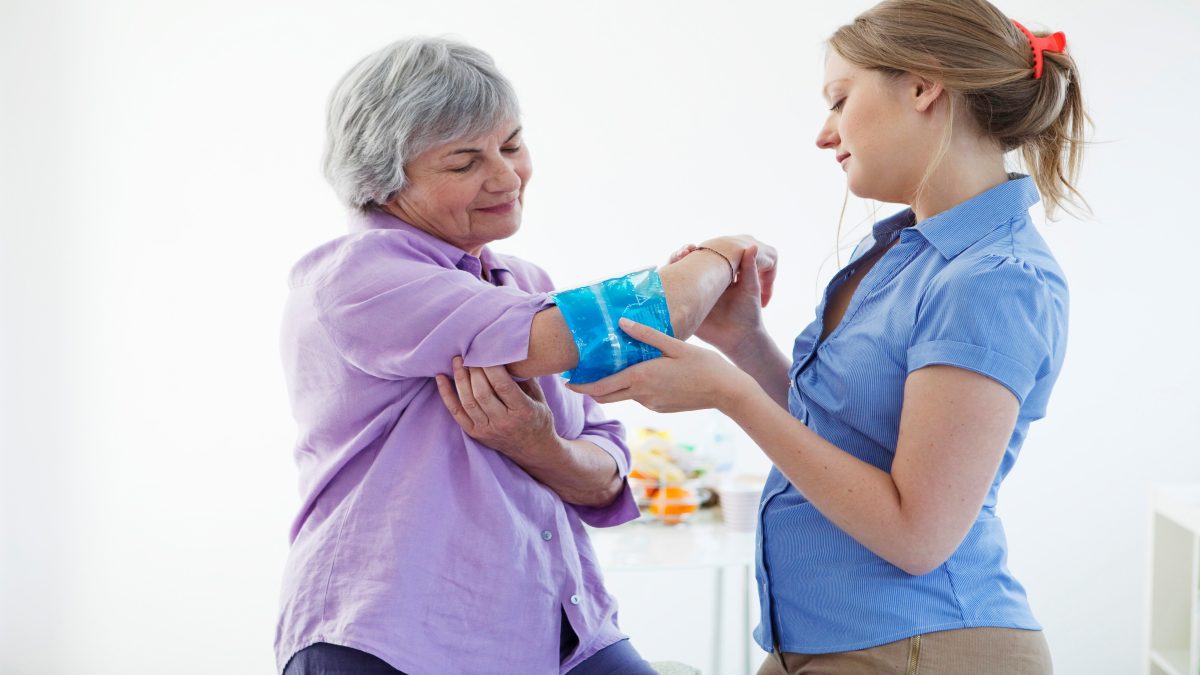 To diagnose arthritis, your physician will perform a physical examination, during which your joints will be checked for any signs of redness, warmth, or swelling. Your ability to move your joints will also be checked. Your doctor may also recommend some of the following tests, depending on what condition is suspected.

To help preserve joint mobility, physical therapy and/or occupational therapy may be recommended. What kind and how much therapy is recommended depends on many different factors. These include the type and severity of arthritis that is present and the general health of the patient.

People who have arthritis often avoid movement of the joints that are affected due to pain. Physical therapists help patients relieve joint stiffness due to immobility without causing further damage to the joints. Physical therapists can also help improve mobility by strengthening the muscles around the joints affected by arthritis. Patients also receive instruction on safe and more effective ways to change positions and are taught the correct use of assistive devices like a cane, crutches, or a walker if these are needed.

Occupational therapists teach patients methods for reducing strain on the joints during typical daily tasks. They provide suggestions for modifying the home and place of work so that tasks do not inflict more joint damage or inflammation. They can also provide assistive devices that can make activities easier, such as dressing aids, bathing and grooming aids, or splints and braces.
Therapists sometimes use, as well as instruct patients in the use of heat or cold to provide relief from pain due to arthritis.

If non-surgical treatments are ineffective, physicians sometimes recommend surgery as an arthritis treatment. Procedures for arthritis may include: