What is Fisetin? A Summary of Fisetin 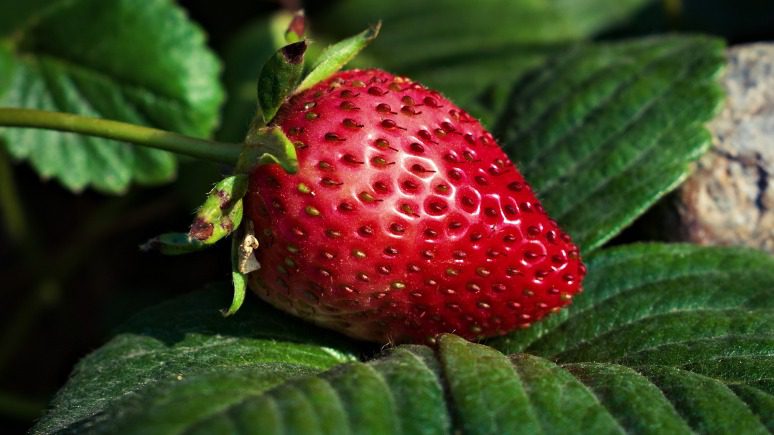 This common polyphenol has some interesting properties.

We take a look at the popular supplement fisetin and see how it stacks up as a potential anti-aging supplement.

Fisetin is a plant polyphenol and part of the flavonoid group in the flavonol sub-category.  It is present in many trees and plants, including Eudicotyledons, Acacia greggii, Quebracho colorado, Rhus cotinus, and Butea frondosa. In fact, the earliest record of isolated fisetin dates back to 1833 taken from the smoke bush (Rhus cotinus), so it has been around for a long time.

Its basic chemical characteristics were later defined by J. Schmidt in 1886, but it was not until the 1890s when S. Kostanecki defined its chemical structure and confirmed it via synthesis. Kostanecki launched a study of plant pigments during this period and coined group names for sub-categories, including flavones, flavonol, chromones, and chalcones.

The traditional yellow/ochre dye known as young fustic uses fisetin extracted from the wood of the smoke bush and was a popular way to color fabrics and clothes until synthetic dyes replaced it.

It can be found in many common fruits and vegetables, although the amounts can vary considerably.

Clearly, strawberries have a much higher concentration of this flavonol than other fruits and vegetables, which may be why people associate it with this fruit in particular. Typical supplement pills are in the 100-mg range, which is significantly higher than dietary sources would typically provide. However, without proper clinical trials, there is no way to know if this 100-mg dose is beneficial or harmful in humans.

Of course, the supplement industry offers a fisetin supplement for those wishing to increase their intake beyond that achieved from food.

What is Fisetin good for?

Like many plant polyphenols, it is known to have antioxidant properties and demonstrates the specific biological activity of protecting functional macromolecules against stress, resulting in a benefit to cellular cytoprotection.

It is also known to have anti-inflammatory, chemopreventive, and chemotherapeutic properties.

Fisetin and its senolytic potential

It has been in the spotlight most recently for its potential as a senolytic therapeutic, which can destroy harmful senescent cells that linger in the body and cause inflammation. Senescent cell accumulation is thought to be a reason we age, so fisetin may, in a very real sense, be targeting aging directly and has potential as an anti-aging therapeutic.

This interest in its senolytic properties was initiated in 2018, when researchers from the University of Minnesota Medical School and Mayo Clinic published “Fisetin is a senotherapeutic that extends health and lifespan” in the journal EBioMedicine [1]. The study showed that fisetin given to aged mice could destroy senescent cells and improved both their healthspan and lifespan. Importantly, no adverse side effects were noted, even when the mice were given very high doses.

The researchers also compared it against other compounds, including resveratrol, luteolin, rutin, epigallocatechin gallate, curcumin, pirfenidone, myricetin, apigenin, and catechin. This study showed that it was the most effective of these compounds.

Since fisetin has a good safety profile, Mayo Clinic followed these mouse studies by launching three trials to see if the compound is effective for humans.

Fisetin has been studied prior to the interest in senolytics and, like many polyphenols, it has anti-inflammatory activity. While not all of the following studies are directly about aging per se, they do explore inflammation, which is a critical component of aging.

A 2018 study tested fisetin, curcumin, and three modified variants of these two compounds and discovered that they all reduced some biomarkers of aging, increased median lifespan in mice and flies, and reduced the signs of dementia [2]. While the modified compounds worked somewhat better, the unmodified fisetin also worked.

It also appears to have a potent effect on inflammation by blocking the activity of lipoxygenases, thus reducing the level of pro-inflammatory factors [3-4].

There also appears to be some potential for fisetin to address high blood sugar in diabetics. In a 2014 study, researchers discovered that it was able to block the inflammatory response to prevent damage to blood vessels and tissue in mice [5]. Similar results were found for human cell lines tested during the same study.

A 2014 study found that it was an effective treatment for eczema in mice, as it was able to reduce the presence of immune cells such as T cells, mast cells, and eosinophils, which are commonly encountered in the skin lesions that eczema causes [6].

There are a number of additional studies are interest:

No adverse effects in humans has been reported. However, clinical trial data is still quite limited in particular regarding long-term use. As always, if you do decide to take a fisetin supplement and experience any adverse effects, you should cease taking it immediately and consult your doctor.

Currently, the lack of clinical trial data makes it impossible to say if fisetin is a geroprotector in humans, though the signs are positive for animal studies. With Mayo Clinic and other groups conducting human trials, we likely will not have to wait too long before we have the answers.

It has an good safety profile and is well tolerated and cheap, so if human trials confirm its effectiveness as a geroprotector, it would be a real low-hanging fruit for people with an interest in combating the effects of aging. We will have to wait and see what such trials say before we jump on the bandwagon.

This article is only a very brief summary. It is not intended as an exhaustive guide and is based on the interpretation of research data, which is speculative by nature. This article is not a substitute for consulting your physician about which supplements may or may not be right for you. We do not endorse supplement use or any product or supplement vendor, and all discussion here is for scientific interest.