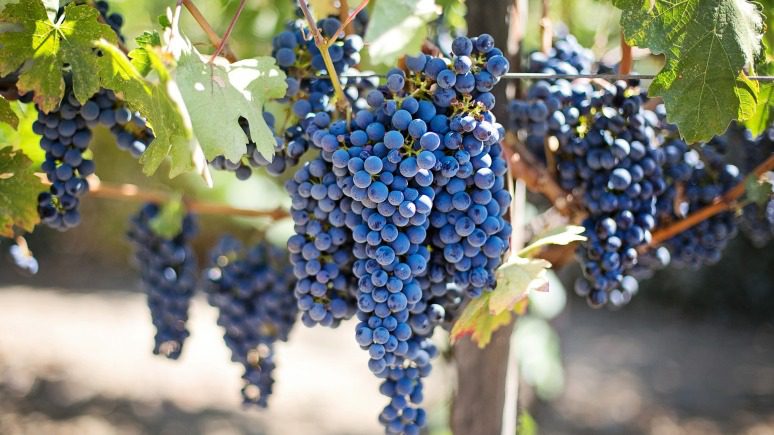 We take a look at this popular natural phenol and dietary supplement.

Probably best known for its presence in grapes and wine, this popular dietary supplement may have a few tricks up its sleeve.

Resveratrol is a stilbenoid, a type of natural phenol. It is a phytoalexin, a growth-inhibiting substance created by plant tissues in response to injury or contact with pathogens such as bacteria or fungi. Naturally produced by various species of plants as part of this injury response and probably best known for its antioxidant properties.

It exists as two geometric isomers: cis- and trans-. The cis- form of resveratrol is not present in grape extract, whereas the trans- form is present and appears to be the more common and stable form. Because of this, it is much easier to obtain the trans-resveratrol form as a supplement.

It is very chemically similar to another related stilbenoid called pterostilbene, which is also popular among life extension and health enthusiasts.

How was it discovered?

Resveratrol was first isolated in 1939 from white hellebore, a poisonous medicinal plant, by Michio Takaoka [1]. In 1963, Nonomura, another Japanese scientist, isolated it from Japanese knotweed [2], whose roots had been used for centuries in traditional medicine to treat cardiovascular diseases and liver ailments.

It was discovered in grapevines in 1976 [3], but only as recently as 1992 was its presence in wine confirmed [4]. This association with wine seems to have endured despite the amount of resveratrol in wine being quite low. We are going to assume this is because people just like an excuse to have a drink.

Its popularity has grown since the 90s, which was fueled by several animal studies that have demonstrated its ability to increase lifespan in yeast, worms, flies, and mice [5].

What foods are high in resveratrol?

Resveratrol can be found in a wide variety of natural foods, including peanuts, pistachios, grapes, blueberries, cranberries, cocoa, dark chocolate, and wine. [6-7].

Red wine is thought to have higher levels than white wine, because of its high concentration in the skin of grapes, which are fermented during the production of red wine and give it its characteristic color. The average concentration in red wine is 1.9±1.7 milligrams per liter of trans-resveratrol, with wines made from the Pinot Noir and St Laurent grape varieties boasting the highest levels of resveratrol [8].

Trans-resveratrol is more active than cis-resveratrol, and it is thought to have more positive effects on inflammation and the proliferation of cancer cells [9-10].

Because of its high reactivity, the bioavailability of resveratrol is very low, and several studies have shown that only around 10% of the average oral dose ends up in blood serum [11-12]. As a result, this could limit its utility in healthcare. But the good news is that co-ingestion with other flavonoids, particularly quercetin, has recently been found to increase resveratrol bioavailability [13-14] because of the competition of these molecules for the same metabolizing enzymes [15].

The presence of other bioflavonoids in wine has also been purported to increase the bioavailability of resveratrol [16]. So that makes reaching for an extra glass of wine in the evening all the more tempting. But this is not a great way to get resveratrol into your diet. This is because compared to the amount of resveratrol present in typical dietary supplements (100mg and upwards), wine has very small amounts not to mention its poor bioavailability.

It should probably not need stating, but we certainly do not recommend drinking excessively because this can lead to serious health problems and is a poor health and longevity strategy.

What does resveratrol do?

So how does resveratrol work? This is a fairly complicated question to answer as it has a number of interactions within the body which we will discuss.

Resveratrol is known to bind to sirtuins, increasing its ability to make use of NAD+ and increasing sirtuin activity [17]. NAD+ is an essential molecule central to metabolic function and is thought to be a key to aging.

Its protective action is thought to be mediated through the sirtuins, an ancient gene family that is highly conserved in multiple species. Because of the Sirtuins’ association with aging, this has led to some people calling them the “longevity genes”. So, this activation of sirtuins is one way in which resveratrol may influence aging and the onset of age-related diseases.

Another way it works is by triggering the cellular waste disposal system called autophagy. This cleaning system breaks down and recycles unwanted and damaged proteins and other cellular components.

It is known that caloric restriction triggers autophagy via its activation of SIRT1 [18]. Resveratrol is able to activate the sirtuins directly to induce autophagy and is able to trigger autophagy independently of SIRT1 by reducing the activity of the mammalian target of rapamycin (mTOR). The mTOR pathway is linked to deregulated nutrient sensing and is a reason we age [19]. So, this ability to induce autophagy via two different methods means that it may be useful in slowing down aging and disease.

Resveratrol is one of the best studied flavonoids, particularly in the context of aging. However, despite its popularity, only a relatively small number of clinical trials have been conducted in humans.

Because of its interaction with SIRT1 and adipocyte development, resveratrol has been proposed as a possible therapeutic agent for the improvement of heart disease and other cardiovascular diseases.

A 2012 study involving 75 participants taking statins for cardiovascular disease prevention saw improvement when combined with a daily intake of resveratrol-enriched grape extract. After six months, the participants showed a decrease in several cardiovascular risk factors compared to before they entered the study [21]. Not only that, participants also saw LDL cholesterol fall by 4.5 percent, oxidized LDL was down by 20 percent, and apolipoprotein B decreased by 9.8 percent.

In a follow-up study, the participants were given double the original dose for a further six months [22]. Two inflammatory biomarkers, tumor necrosis factor-a (TNFa) and interleukin-6 (IL-6), were reduced while levels of the anti-inflammatory interleukin-10 increased. This is positive because inflammation supports the onset on many age-related diseases.

In patients with colorectal cancer treated with resveratrol, tumor cell proliferation seems to be reduced after surgery [23], while chemoprotective effects have also been found for breast cancer [24].

A 1997 landmark study indicated that the topical application of resveratrol acted as a powerful chemopreventive treatment for skin cancer [25]. Recent studies have also shown that it is a very effective UV filter for use in sunscreens, particularly in combination with other antioxidants [26].

But resveratrol may have a promising future as a cancer preventative rather than a direct treatment. Two clinical trials saw healthy participants given varying doses of resveratrol between 1 – 2.5 grams, which reduced IGF-1 (insulin-like growth factor 1). This is good because IGF-1 is associated with tumor formation and cancer metastasis [27-28].

The researchers also reported that treatment increased levels of the enzymes glutathione S-transferase and glucuronosyltransferase. Good news because these enzymes function as antioxidants and are useful in the context of cancer prevention.

Resveratrol has also been thought to have great therapeutic potential for metabolic syndrome and obesity. This is because some studies have shown it to have a beneficial effect on glucose metabolism, and it temporarily increases insulin sensitivity in diabetics [29-30].

In obese subjects, it confers a protective and antioxidant effect [31-32] and reduces resting metabolic rate by a mechanism that mimics calorie restriction [33].

Recently, it has been proven to stimulate fat metabolism by increasing cyclic adenosine monophosphate (a derivative of ATP) in cells through a mechanism analogous to that used by known fat burners such as caffeine and green tea catechins [34]. Because of this, it could potentially find use for weight loss and weight control.

There has been a lot of interest in resveratrol in the context of aging. And certainly, in various animals, resveratrol has been shown to increase lifespan [35].

Its influence on aging and lifespan may be because of its anti-inflammatory and antioxidant activity, along with its interaction with the sirtuin genes and proteins that regulate cellular health and are associated with longevity.

It has also been proposed that it is its interaction with AMPK and NAD+, not SIRT1, that may be the primary cause of its longevity effects [36-37]. And to further add to the contention, some researchers suggest that it may increase lifespan by reducing the risk of common causes of death such as cardiovascular disease and cancer, rather than extending lifespan per se.

While it appears to increase the longevity of multiple species and through common biological pathways shared with humans, the jury is still out on whether or not it is useful for human aging. This is because the long-term studies needed to determine that have yet to be conducted, and more research needs to be done.

No studies to date have discovered any severe side effects, not even when taken in large doses. However, resveratrol supplements may interact with blood thinners like warfarin and medications like aspirin and ibuprofen, the result of which may raise your chance of bleeding. And as with any supplement, if you experience any adverse effects, you should cease taking it immediately and consult your doctor.

This article is only a very brief summary, is not intended as an exhaustive guide, and is based on the interpretation of research data, which is speculative by nature. This article is not a substitute for consulting your physician about which supplements may or may not be right for you. We do not endorse supplement use or any product or supplement vendor, and all discussion here is for scientific interest.