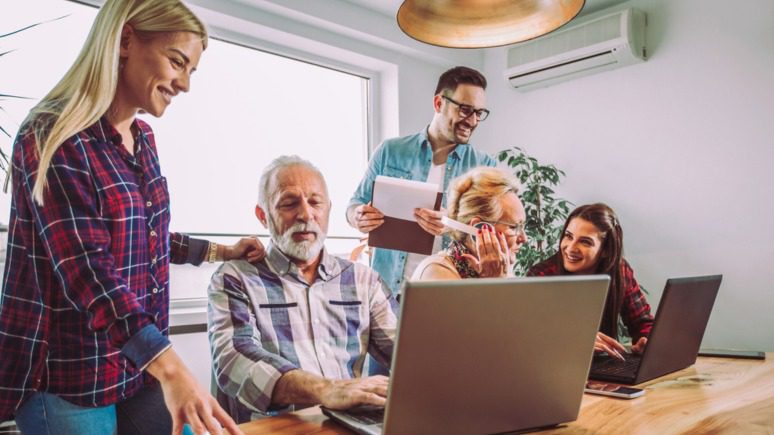 Education is related to a fundamental part of brain function.

A study published in Nature Aging has shown that educated people retain more brain system segregation, a marker of cognitive health [1]. This suggests that brain exercise has valuable long-term effects.

The college educated are richer and healthier

It has been known for a while that educational attainment is correlated with various aspects of human health. For instance, in the US, the decade-long stagnation in average life expectancy is driven almost exclusively by a decline among people who do not hold college degrees [2].

The reasons behind this worrying trend are unclear. It is most likely that multiple factors are at play, including the facts that education level is correlated with income and poor Americans tend to get worse health care [3].

Being richer on average, educated people are more able to maintain a healthy lifestyle but are also more willing to do so. The prevalence of mental disorders, which is negatively associated with longevity and brain health, is also higher among the poor [4].

Genetic factors might also be at play. We already know that people’s fortunes are determined by both nature and nurture (and, to a substantial degree, by sheer luck), yet we might never be able to find the exact ratio. However, it is clear that understanding why different demographics age at different rates will need to involve unraveling the full reasons behind this socioeconomic disparity in average lifespan and healthspan.

Does an educated brain age slower?

In this new paper, researchers attempted to gauge the relationship between education level and age-related cognitive decline by measuring a little-known metric called brain system segregation. The brain is an interconnected system consisting of various specialized nodes: parts of the brain that perform certain functions. With age, the level of this specialization declines [5].

Importantly, this “dedifferentiation” is mostly correlated not with Alzheimer’s and other dementias; instead, it is correlated with the less pronounced, but still harmful, gradual decline that accompanies normal aging and manifests itself as a mild loss of cognitive and motor functions.

265 people aged 45 to 86 were recruited for this longitudinal study, all living in the vicinity of St. Louis, Missouri. All of them underwent two to five MRI scans, including one at baseline. The second one was performed several months to several years after the initial one, and usually, there were more follow-up scans.

The participants were divided into two groups by education level: those who had at least a BA degree and those without college education. Socioeconomic metrics differed between the two groups but less substantially than the U.S. average. For instance, the average income was 79,620 and 86,452 dollars a year for the “below college” and “college+” groups, respectively.

Even when accounting for various socioeconomic factors, such as income and age, the more educated group showed considerably higher brain system segregation in the 65+ cohort. Interestingly, the percentage of educated decreased with age, echoing the nationwide statistics (today, more people attend college than decades ago).

The results of this important study remind us that even when spared from Alzheimer’s and other dementias, most people will experience mild cognitive decline as they age, which is something that none of us wishes for ourselves. Education level is clearly negatively correlated with this decline.

The concrete drivers of this effect are yet to be determined, but it is not unreasonable to suggest that educated people tend to keep their brains busy a bit more, and previous research shows that this might improve cognition [6]. Whether this is true or not, exercising your brain neither carries health risks nor requires major sacrifices, so it is probably a wise thing to do anyway if you want to stay sharp for longer.