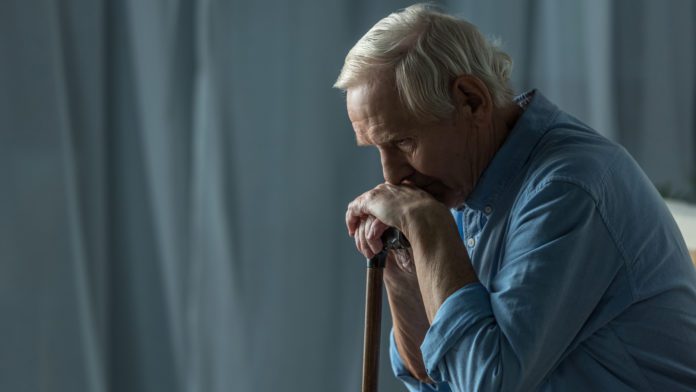 Some people do not take depression seriously. However, clinical depression (also called depressive disorder) is not just feeling sad or blue; it is a serious mood disorder that requires treatment. Among Americans, late-life depression affects about 6 million people of age 65 and older. But only 10% receive treatment. Even though it is a common condition for older people, it does not mean that it is normal.

There are various types of depression. The common ones include:

Several factors may contribute to the development of depression. For example, people with a family history of the condition are at a higher risk of depressive disorders. Also, people who had depression at a younger age are more likely to have it again later in life. Stressful events in life, obviously, can have an impact on your mental health. In addition, studies suggest that being female, being single/unmarried/divorced/widowed, lack of supportive social network increase your chances to develop depression. Moreover, physical conditions like hypertension, diabetes, stroke, dementia, cancer, and chronic pain may also increase the risk of depressive disorders.

Depression differently affects older and younger people. In older people, it often goes along with other medical conditions and lasts longer. Sometimes it can be confused with the effects of various diseases or the medications used to treat them. As a result, it can lead to the underdiagnosis of depression. Older people may also not have apparent symptoms of depression. Instead, they can feel tired or confused, have sleep problems, be irritable, move more slowly or experience other changes.

Older people are generally more likely to be in the risk groups as they have more associated diseases. Some medicines may also cause chemical changes in the organism that can worsen the mental condition. Chances of experiencing stressful situations may increase too. For example, people of older age more often face the loss of close people. Patients with cognitive disorders or some disabilities may also have trouble socializing.

It is always better to focus on prophylactics and disease prevention. However, depression can also be treated. Treatments include medicine, counseling or psychotherapy, electroconvulsive therapy, or other modern forms of brain stimulation such as repetitive transcranial magnetic stimulation. A combination of these approaches may also be recommended in some cases.

Antidepressants are medicines that are used to treat depression. They help your brain to more effectively use some chemicals that control the mood or stress levels. There are many different types of antidepressants. If you are already taking any medications for other conditions, you should consult your doctor about choosing the correct antidepressants.

Depression is a serious health problem, and it should not be left without attention. However, it is treatable and, more importantly, is preventable. Unfortunately, there is a stigma attached to mental illness and psychiatric treatment, which may keep some people from admitting their depressed state, even to themselves. But the truth is depression should be viewed just like any other health issue.