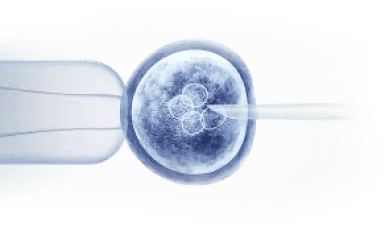 The words Foraminotomy and Foraminectomy are two words that can be used to explain the same kind of surgical procedure. The foreman is the tunnel or passage between each of the spinal vertebrae through which the nerve roots leave the spinal canal on their way to a particular organ or tissue in the body. If this opening becomes too small or narrow the nerve passing through it can stop working correctly or become irritated. This often happens in conditions like herniated discs, certain types of arthritis and spinal stenosis.

A Foraminotomy is the name of the procedure that removes soft tissues and bones to make the tunnel for the nerves larger. It is often done in combination with another procedure to take pressure off the spine itself, such as with a laminectomy. Under special circumstances, a Foraminotomy can be completed from the outside of the spinal canal. A Foraminotomy does not involve any direct removal of pressure from the central canal. In order to accomplish this, particular delicate surgical instruments are needed to remove sections of bone from parts of the vertebrae and joints. Sometimes this is done by way of an osteotomy (removing portions of the bone with a chisel-like instrument).

In cases where a large amount of tissue and bone are removed the surgical procedure may be referred to as a Foraminectomy. One example of this is when the passageway is opened far enough to decompresses the nerve and also to gain access to a disc that has herniated to the outside of the spinal canal. A Foraminectomy is also often performed as part of a lumbar fusion operation.

A Foraminotomy that removes a large amount of bone, tissues, or disc material and other spinal abnormalities that have narrowed the foraminal canal may occasionally be described as a Foraminectomy. Foraminectomy differs from Foraminotomy in such a way that it removes more spinal irregularities and is almost always combined with a laminectomy, a procedure that removes the bone lamina.

Various processes can obstruct the intervertebral foramen and compress the nerve leaving the spinal cord. Foraminotomy is indicated for patients with Degenerative Arthritis of the spine which could cause bony spurs.

Other indications for this procedure are degeneration of the intervertebral discs, which can cause them to bulge into the foramen, enlargement of the nearby ligament, spondylolisthesis, cysts or tumors, skeletal diseases, and congenital problems like dwarfism. Most patients requiring Foraminotomy have Foraminal Stenosis for at least 3 to 6 months and experience debilitating symptoms that may affect their quality of life.

Good candidates for Foraminotomy should have also experienced one or more of the following symptoms: an acute or chronic pain in the neck or back of varying strength that is constant, deep, dull, throbbing or radiating to the extremities, pain that radiates from the lower back and into the buttocks and lower extremities, pain that radiates from the neck into the upper extremities, limited motor functions, limited ability to perform activities of daily living, pain while standing, walking or sitting, and history of failed attempts for conservative methods to relieve pain and other symptoms.

As with any type of surgery, Foraminotomy also has some potential risks that should be discussed with the patient prior to surgery. Some of the risks involved are:

These risks can be minimized by choosing an experienced surgeon to perform the Foraminotomy, and by adhering to the surgeon’s instructions prior to the procedure.

Foraminotomy is performed under general anesthesia. The patient is positioned face down on the operating table. An incision is made in the middle of the back of the spine. The length of the incision would depend on how much of the spinal column will be operated on. The skin, muscles, and ligaments are moved to the side to visualize the vertebrae. Some part of the bone may be removed during Foraminotomy to open the nerve root opening and disc fragments are removed to relax the pinched nerve roots. The surgeon may do a spinal fusion to stabilize the spinal column after Foraminotomy.

Most people can sit up and get out of bed 2 hours after Foraminotomy. If the site of operation is in the neck region, the patient will be recommended to wear a soft neck collar to limit head and neck movement. Physical therapy may be recommended for the first several weeks after Foraminotomy. The full recovery period may range between two to three months. Foraminotomy has a very good success rate for relieving the symptoms of Foraminal Stenosis.