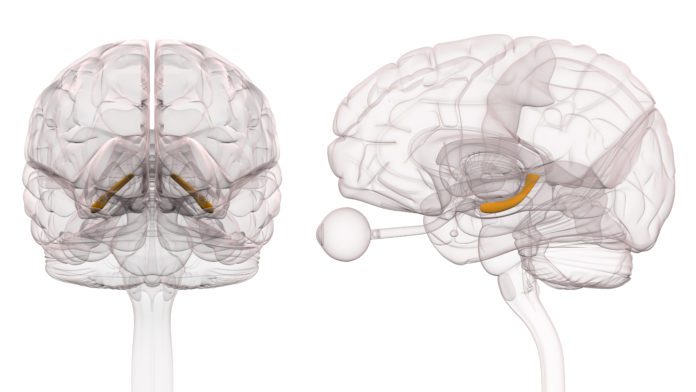 Scientists at the University of Sussex have found an explanation of why the part of the brain called the hippocampus is at risk of deterioration, and in so doing have made a step towards a better understanding and possible prevention of Alzheimer’s.

To answer the crucial question of why this region of the brain, sometimes referred to as the ‘memory center’, is acutely vulnerable to degeneration, the researchers examined the brain activity and blood flow within the hippocampus of mice. They then predicted how much oxygen is supplied to nerve cells in the hippocampus that are furthest from blood vessels, finding that these cells received the bare minimum amount of oxygen required to function effectively.

This explains the hippocampus’ vulnerability of this part of the brain: if anything negatively affects the flow of blood to the brain, oxygen levels in the hippocampus fall to a level where the nerve cells within it cannot function normally. The ineffective functioning of the brain’s ‘memory center’ caused by an initial decrease in blood flow is likely the reason why memory problems are an early sign of Alzheimer’s.

Crucially, the findings suggest that developing ways to increase the flow of blood to the hippocampus could effectively safeguard against its deterioration, in turn helping to prevent the development of Alzheimer’s. In practical terms, this adds weight to the belief that encouraging regular exercise and adoption of a diet with low levels of cholesterol are crucial to ensuring people are able to maintain the health of their brain over the long term.

The researchers now hope to build on their findings and determine what exactly causes damage to the brain cells in the hippocampus, potentially yielding further insights that could be crucial in developing treatments for Alzheimer’s disease.