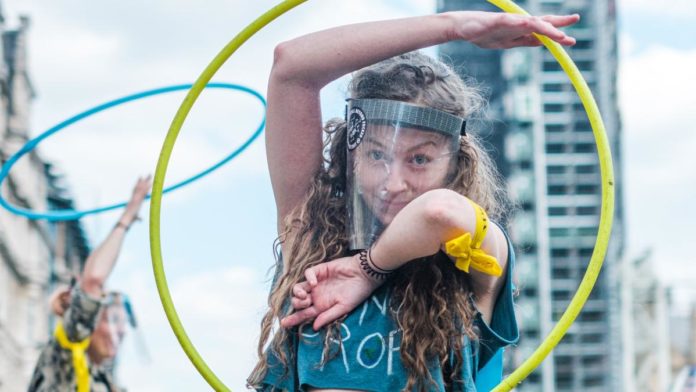 A new study published by the American Psychological Association argues that subjective age is linked to physical health. A team of researchers at the German Centre of Gerontology in Berlin spent three years examining data collected from more than 5,000 German citizens aged 40 or over, and concluded that there are a host of health benefits to be gained from maintaining a sense of youth. The survey includes questions about both the participant’s physical health and more subjective queries, including the all-important question ‘How old do you feel?’

They found that participants who experienced higher levels of stress suffered a more pronounced decline in their functional health (the physical and mental ability to engage in day-to-day activities) over the three-year period of the study. This connection between declining functional health and stress levels was more noticeable among the older participants.

However, subjective age – or how old a person ‘feels’ – seems to offer effective protection against this problem. The researchers found a weaker link between stress and declining physical and mental health among those who felt younger than their chronological age. This ‘protection’ was found to be highest for the oldest participants in the survey.

The research findings add an important nuance to what experts already know about the intersection of functional health, stress and subjective age. While it is well-known that functional health can decline as a person gets older, the study shows that there is a large degree of variation in individual experiences: given the right outlook and perception of themselves, people can enter old age, and even very old age, in a good state of physical and mental health.

The study’s findings also underline the importance of inner youth in providing a number of other benefits, some of which could make a crucial difference to older people’s quality of life. The team found that feeling younger than your chronological age appears to have a role to play not only in fighting stress, but also in increasing well-being, improving cognitive functioning, reducing inflammation, lowering the risk of hospitalization, and ultimately, even helping people to live longer.

The findings have also led experts to consider what kinds of interventions would work best to help people feel younger. Some believe the answer lies in messaging campaigns against ageism and negative stereotypes about old age. Others see potential in general interventions designed to reduce stress, as well as stress management training for older adults.