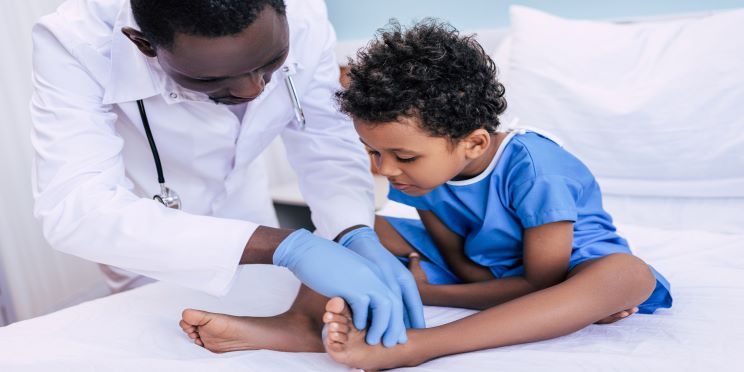 Growing pains don’t usually occur on a daily basis. Instead, they are intermittent, meaning they come and go. The pain most often occurs in both legs. It is most common in the calves, behind the knees, or on the tops of the thighs. It is usually described as an ache or a throb. Sometimes, symptoms of growing pains may include a headache and stomachache besides the pain in the legs.

Growing pains often begin in the early evening or the late afternoon and are gone in the morning. In addition, some children wake up in the middle of the night with growing pains.

If you’re concerned about any pain, your child has, see a health care provider. Also consult a doctor if leg pain:

A physician can usually diagnose growing pains without any testing. However, leg pain can sometimes result from other underlying conditions that are treatable. Therefore, in some cases, a doctor may need X-rays or blood tests to rule out other conditions with similar symptoms that may be causing problems in a child. In this way, the physician can verify that the growing pain is diagnosed correctly and that appropriate treatment is provided.