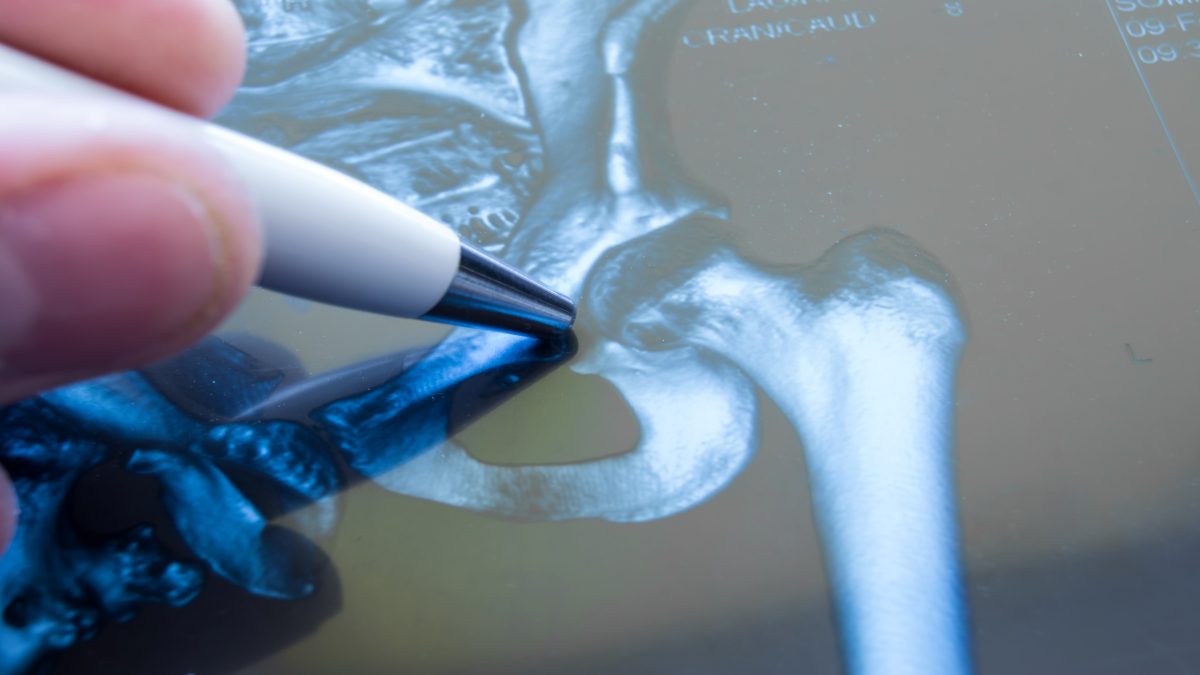 Often, doctors can diagnose a hip fracture based on symptoms and signs such as the leg and hip position. An X-ray is usually obtained to confirm a hip fracture diagnosis and to determine its exact location.
If a hip fracture does not show up on an X-ray in the presence of signs and symptoms, an MRI or bone scan may be recommended to see if a hairline fracture is present.

Most often, hip fractures occur in one of two places in the femur. This is the large bone in the thigh that runs between the pelvis and the knee. Hip fractures most frequently occur in either the:

Not as commonly, another kind of hip fracture can occur. This is known as an atypical fracture. It happens in people who have been taking medications known as bisphosphonates for an extended period. These medications help increase bone density.